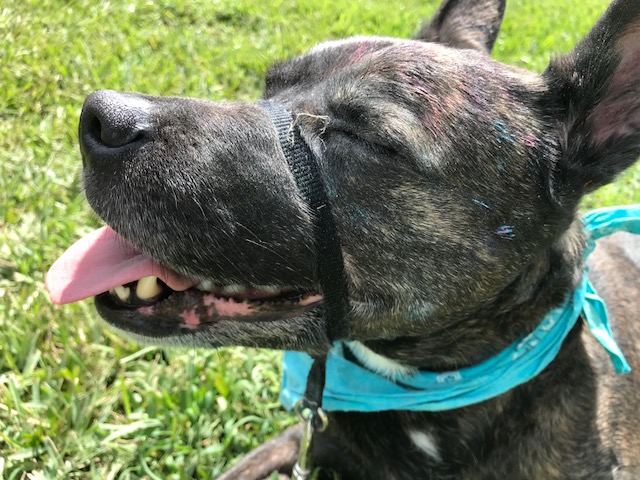 When Roo was 3, he had already had at least two homes, one of which had dumped him on the street to be found by animal control. He had no idea that this 3rd home would be his forever home. I picked him up between Christmas and New Years in 2012. He was so scared he didn't know what to do. Trust came with time and he became my best friend. He enjoyed all human food, all friends smaller than him like his cats, rats and rabbits, and lounging in bed with his humans. He begrudgingly accepted his crazy German Shepherd sister Greta when she came into his life. Freshly mowed grass would never go unrolled in. More than anything though, he just wanted to be close to his family that he loved so much.